Understanding the Stages of Dementia 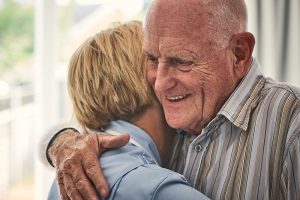 Among the first questions in most people’s minds when a loved one is diagnosed with Alzheimer’s or another dementia is what can be expected in the time to come. We know that the hallmark of dementia is the progressive decline in cognitive abilities and also the skills needed to manage daily life. Yet, every person progresses through the stages of dementia in a different way. There are a variety of factors that will impact the rate of decline, such as:

There are also other determinants to factor in based on the type of dementia diagnosed. As an example:

Get in touch with the dementia care team at Midnight Sun Home Care for additional informative resources about the stages of dementia that will help you better understand and care for someone you love with Alzheimer’s or another type of dementia. We’re also always here to assist with creative, compassionate in-home care to help make life more satisfying for a family member with Alzheimer’s disease, and to help family members achieve an improved life balance. For more information about our care services in Anchorage and nearby areas, contact us online or call us at (907) 677-7890 today!