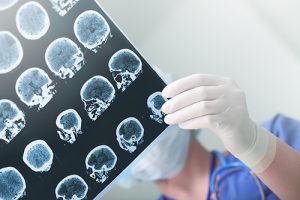 What if there was a medication that could treat not just one, but three devastating diseases: leukemia, Alzheimer’s, and Parkinson’s? At Georgetown University Medical Center, researchers are hopeful that nilotinib is that medication. Now approved to use in people that have one kind of leukemia, a small trial is causing great excitement in its encouraging results to clear the brain of toxic proteins and help those with Parkinson’s and Alzheimer’s.

Fernando Pagan, Georgetown's medical director of the translational neurotherapeutics program, explains it this way: "Our drug goes into the cells to turn on that garbage disposal mechanism. And if we're able to degrade these proteins, we could potentially stop the progression of this disorder."

As a result, a larger and more in-depth trial is being launched, involving 42 patients with Alzheimer’s disease and 75 with Parkinson’s. We hope these results will be just as exciting, but regardless, the many years of research that have gone into testing nilotinib as well as other new prospective developments are helping pave the way towards viable treatment plans, or perhaps an eventual cure.

Trials in mice have produced some amazing results, actually curing Parkinson's disease in mice. It has likewise been effective in a small number of human tests in individuals with Parkinson’s and dementia, for which there currently isn’t a treatment designed to stop or even slow the progression of the diseases. For those in the initial testing phase, improvements in a variety of areas were noted: speech and mobility, most notably.

The next phase of the study has already begun by currently enrolling new patients with Parkinson's or Alzheimer's disease. This phase is anticipated to be completed in about a year. Additional information concerning the upcoming Alzheimer’s study is available here, while details about the Parkinson’s study are available here.

For more resources on Parkinson’s and Alzheimer’s disease, turn to the aging care professionals at Midnight Sun Home Care in Anchorage, AK. We can provide a wide range of professional in-home care with our fully trained and skilled specialized Alzheimer’s and Parkinson’s caregivers. Contact us to schedule a free in-home assessment or to allow us to answer any questions you might have.